PLEASE NOTE : We are offering multiple type fees plans. Before choosing your plan please read carefully about Features of each Plan shown in this page.

A You can get your lucky numbers for gambling and lottery
ORDER NOW
PREMIUM - INR 25,00.00

How many of you gamble? Perhaps all of us at some time in our lives take one gamble or another. Gambling in all forms is at an all-time high today. There’s lotto, poker, roulette. When people travel to Casinos, they might return back home richer or poorer. This is where the “Sengs Systems” of Numerology helps and helps you selecting correct number based on your numerology number.Some people have extremely good luck gambling, others always loose. Gambling, like anything else, should be kept within reason and done with a cool head easier said than done.

For Consultancy (“Sengs Systems” of Numerology)

We have a tempo to our lives. “Sengs Systems” of Numerology describes the progressions we experience through number symbols. Numerology gurus apply these number symbols to find out our personal lucky and unlucky numbers. We may use your lucky numbers later on to start a business in right time, to bet with a friend, to decide on which day to participate in a big poker event or to enter a lottery. If applied in good time lucky lottery numbers can bring you a fortune.

In the symphony of life, we are tuned, unconsciously and numerologically, to respond to our own music. We attract people and experiences that have the same lucky numbers. These lucky numbers show up in people’s names, birthdates, house addresses, phone numbers, and even social security numbers. It’s true, in a practical sense, that social security numbers are spewed indiscriminately from a computer.

However, in the teachings of the ancients, it is said that “there are no accidents” – no coincidences – and we attract what “is meant to be.” It’s a matter of deciding whether we will be “open” or “closed” to a consciousness that uses the sensing mind – not the physical brain.

According to “Sengs Systems” of Numerology your lucky numbers are primed to pop up in the lottery when your number vibrations are mixed with the number cycles of the calendar day. When the vibrations are mingled, you synchronize yourself to the universal trends. Your energy reaches out to grab the opportunity of the moment. When opportunity and timing are matched, lottery winners are born. You can lend yourself a hand up the ladder of success by tuning to the number frequency governing universal energy every day. This knowledge taps you into cosmic consciousness.

Your lucky numbers accompany your moves from place to place. They show themselves whenever your energy is very high or very low. Extremes of emotional activity heighten your transmitting power. Emotional reactions alter your physical chemistry, which starts a chain reaction to charge and enlarge your magnetic fields. If you accept the concept that there is electricity in numbers and that they have a relationship to one another, you can understand how numbers attract or repel one another. The trick is to find your frequency and meet the dynamics of the universal calendar. When you lock into perfect timing, you cuddle up to Dame Fortune.

It is at these times, when you connect with the universal calendar, that Lady Luck rides on your shoulder: you are ripe to play and chance your arm. The calendar date numbers are intertwined with your personal lucky lotto numbers. When your name and birthday numbers are compatible with the calendar numbers, it’s time to have a flutter.

Lottery around the World:

In basic form a lottery is a popular form of gambling in which players draw lots from a pool to win a prize, in most cases, the prize being money. Lotteries, in one form or another, have been around as long as people have lived in society. The word lottery probably derives from the Italian word ‘lotto’ which means fate or destiny. However, in more recent history, lottery games have grown more complex and involved.

It is said in the Bible that Moses used a lottery to distribute lands around the river Jordan. The popular game of Keno (Chinese Lottery) originated in ancient China around 3,000 years ago, originally set up by the government to raise funds for the construction of the Great Wall.

Julius Caesar often used lotteries to raise funds for the building of his vast empire. One of the oldest lotteries still in operation today was begun in Portugal in 1783. In 1567 Queen Elizabeth I instituted the first English state Lottery. All of these early lotteries had similar purposes of raising funds for the government. Often governments would institute them in times of need or war. Much of the money used to build the universities Harvard, Yale, Princeton and Columbia was raised by lotteries. Today official lotteries are set up to give money back to the public and must somehow benefit the people.

Unfortunately, like many forms of gambling, lotteries are very prone to corruption. In early America many lotteries were started up and many of them were essentially unregulated. Unlike many lotteries in the Old World, these lotteries were run by private consortiums. The lack of state control led to widespread corruption and greed, with lottery managers often rigging the outcomes. The Louisiana Lottery Company was notable for this as it pioneered the use of mail for entries which legally sidestepped the prohibition against lotteries in other states. This was the first instance of a multi-state lottery. The Louisiana lottery became infamous for its corruption with the bribes and payoffs permeating up to the highest political leaders. As a result of this lotteries were banned by the Federal Government in 1894.

Of course this only meant that the lottery went underground and provided a great revenue stream for criminal syndicates who had the resources to run large lottery pools. A common form of these illegal lotteries was the ‘numbers’ games which proliferated throughout the urban areas of East Coast in America. Most ‘numbers’ games involved a combination of three digits which gave far greater odds of winning.

Many Americans, having no legal outlet in their country, played foreign lotteries. Perhaps, the largest was the Irish Sweepstakes, which opened up to American and Canadian bettors in 1930.

In 1964 New Hampshire broke the Federal ban and started up a state run lottery. This was the beginning of the modern era for American lotteries and soon almost every state followed suit. Massachusetts introduced the first scratch ticket in 1974. In 1985 multi-state lotteries were legalized with the Tri-State Lotto linking up the state lotteries of Maine, New Hampshire and Vermont. The Virginia lottery also became quite popular.

Today more than a 100 foreign lotteries are running. Countries such as France, England and Mexico have national lotteries. Most important for this growth has been the effective enforcement of regulations. The World Lottery Organization was formed in 1999 and has an international membership of 74 countries that oversee 136 different lotteries. These lotteries collectively bring in more than $120 billion in yearly revenue. In order to join the Organization a lottery must use the majority of its profits to benefit the public good and must conform to the WLA Code of Conduct.

Given this recent effective framework for the overseeing of lotteries, the future is bright for state run lotteries. The government always needs more money and lotteries are a great alternative to raising taxes.

For Consultancy (“Sengs Systems” of Numerology) 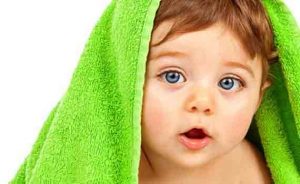 Nature created the Babies but “Sengs Systems” of Numerology only can makes them Lucky. If Babies life starts with LUCKY NAME Vibration. Your baby with Lucky Name will lead a healthy life, and gain good memory power and education. 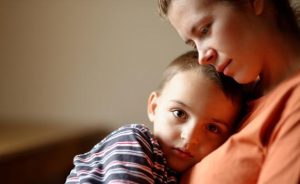 If your child is already named but, it is not as per the numerology you can alter or you can change it any time. It the name is altered as numero science vibration the child will get extremely positive results. 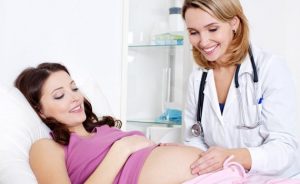 Lucky delivery date makes the baby’s life more successful. (If the doctor advised for cesarean delivery) if the baby is delivered on unlucky date then baby’s whole life will be in struggle and unsuccessful. 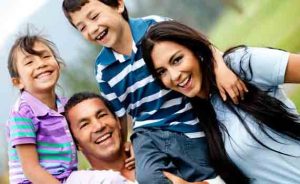 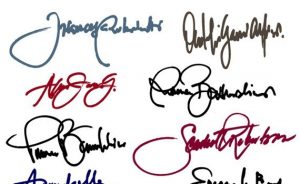 Signatures reveal positivity and negativity. A progressive signature is a must to remove all negativity from heart and mind to bring SUCCESS. Graphology is more usually known as handwriting analysis. Considered both as an art and science, it is the study of handwriting. 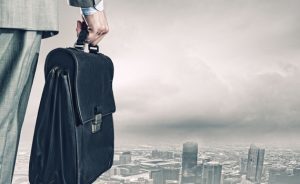 Some prefer to use their brains, others use their muscles. In my reading you will find out what is the best occupation for you. Are you feeling fulfilled in your profession? What jobs interest you? Usually people don’t follow their dream occupation. They are scared, they are afraid they will fail.